The weather is turning in NYC, so I took some time today to enjoy a walk through the city with Claire. As we entered Washington Square Park we saw a large group that was gathered around someone talking. Upon getting closer we saw that it was chess GM Maxim Dlugy giving a chess lecture, which was to be followed by a simultaneous chess exhibition (where the grandmaster will play 18 different players at once).

In his lecture he talked about a once popular opening line, which ultimately disappeared from top-level play after a particular knight move was discovered in black’s response. In covering the history of this line, he shared some of his own games and ideas at the time with the knight on f6 in this position. Here’s a partially obscured view:

He then showed a position in the Sicilian defense more recently where a knight move (… a5, Bb5 Na7) ultimately led to white accepting a draw. I usually overlook any knight moves to the outside of the board, so this was nice to see! 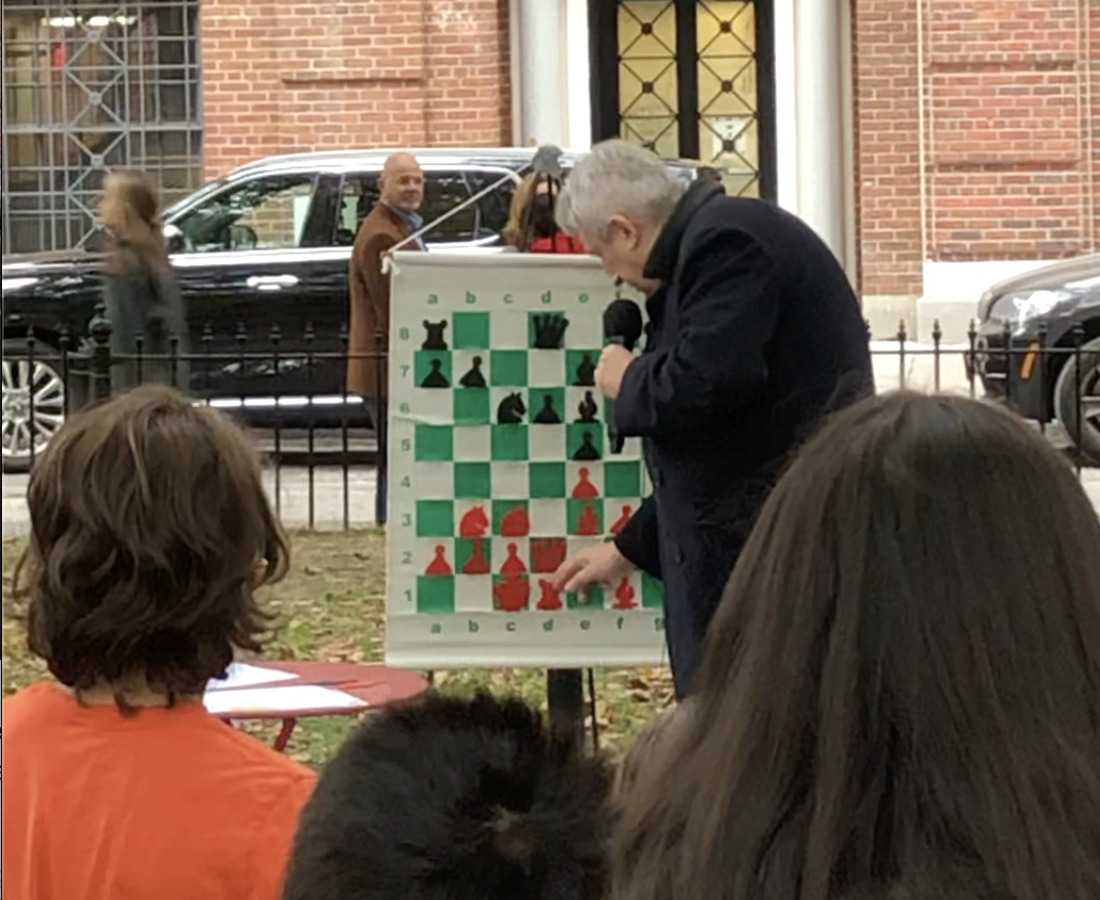 Continuing to build on thinking through knights, he showed the group a drill with just a knight and a queen where the goal is complete a Knight’s tour, except in this variation you have to avoid any squares that the queen can attack. 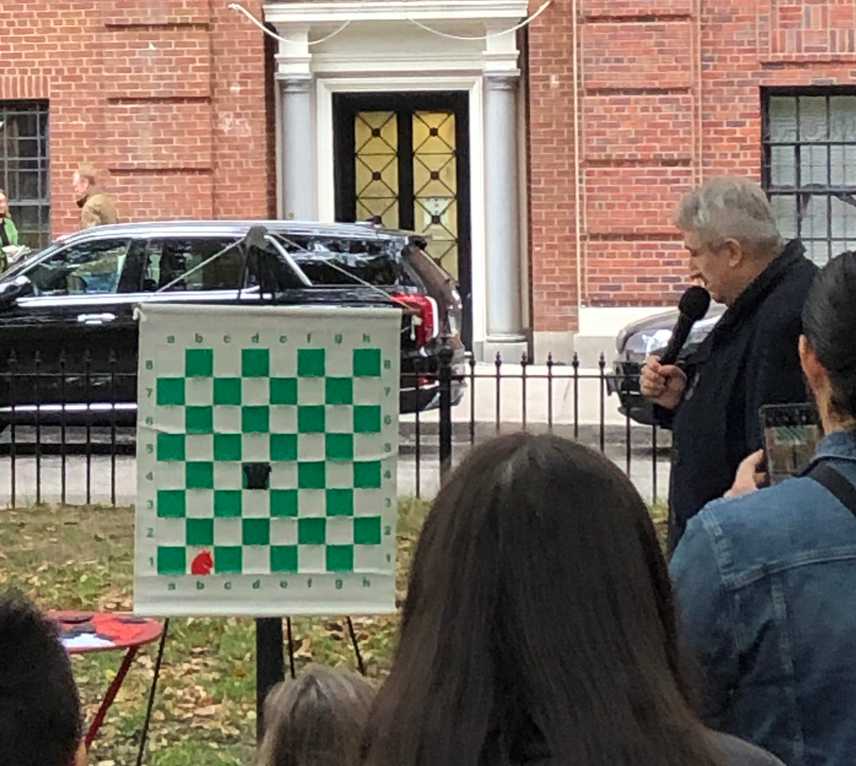 He said if you can complete it 2 minutes, that you should contact him! I’ll have a lot of work to do to get beyond my simple knight visualizations. Also if anyone can fill in the details on the openings/games, please comment!

← What is Daylight Saving Time? How to prevent a single word after a line break with CSS →