A huge part of getting better at chess is recognizing patterns and speeding up your analysis. One of the trickiest pieces in the game is the knight. Its moves are very irregular compared to the others and it can surprisingly jump into a position to either check your king or fork two pieces.

Here’s a shortcut for visualizing knight moves in a chess game that can save you time when calculating moves.

In one move a knight hops 2 spaces up, down, left, or right and then one square perpendicular. This gives access to up to 8 squares on the board: 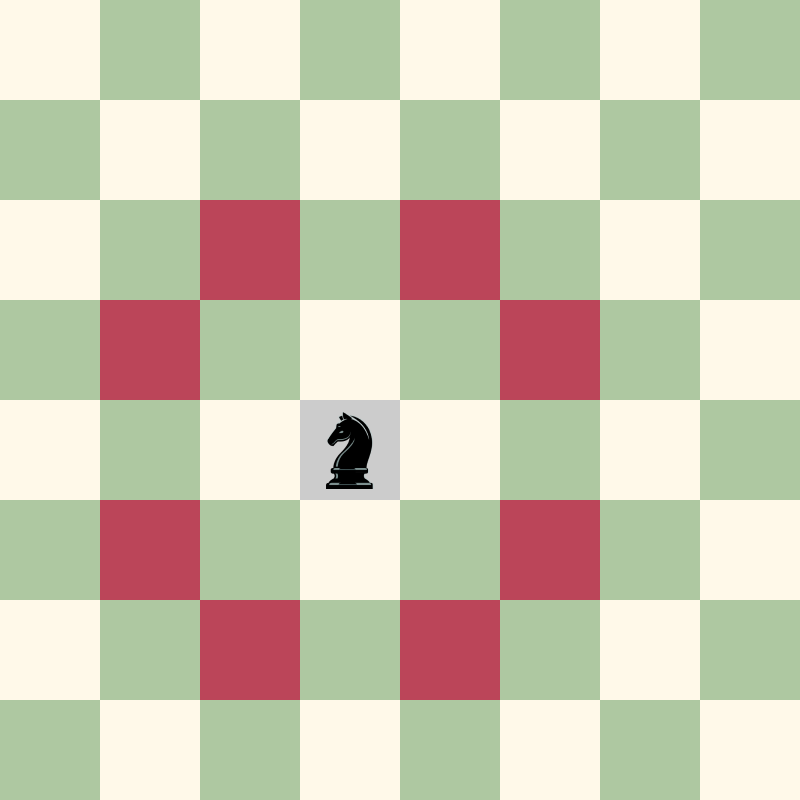 In two moves, a knight that started in the middle squares is able to attack half the squares on the board: 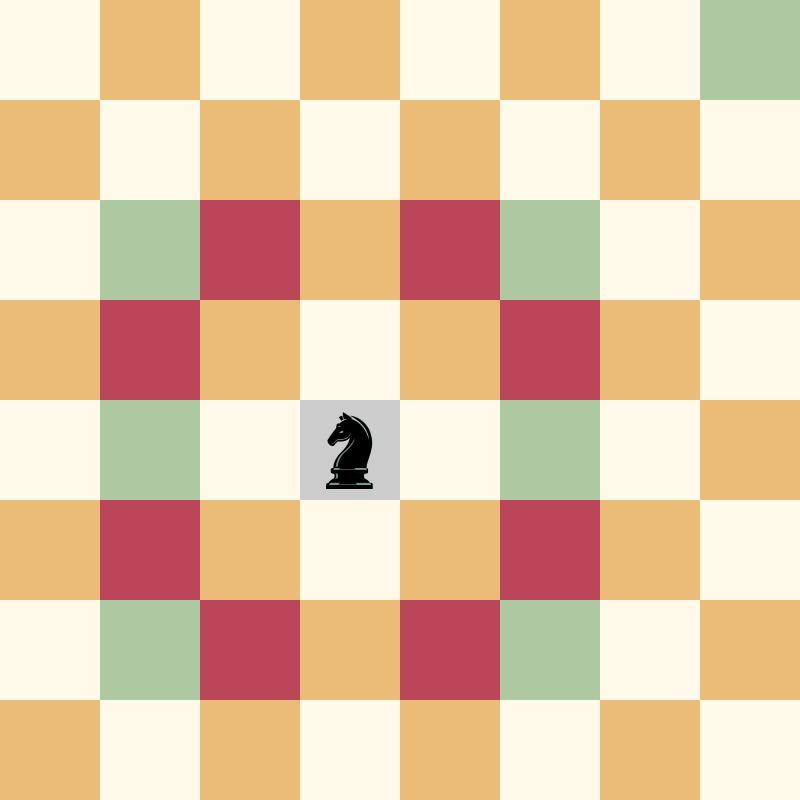 In three moves, this knight is able to attack all but 5 squares: 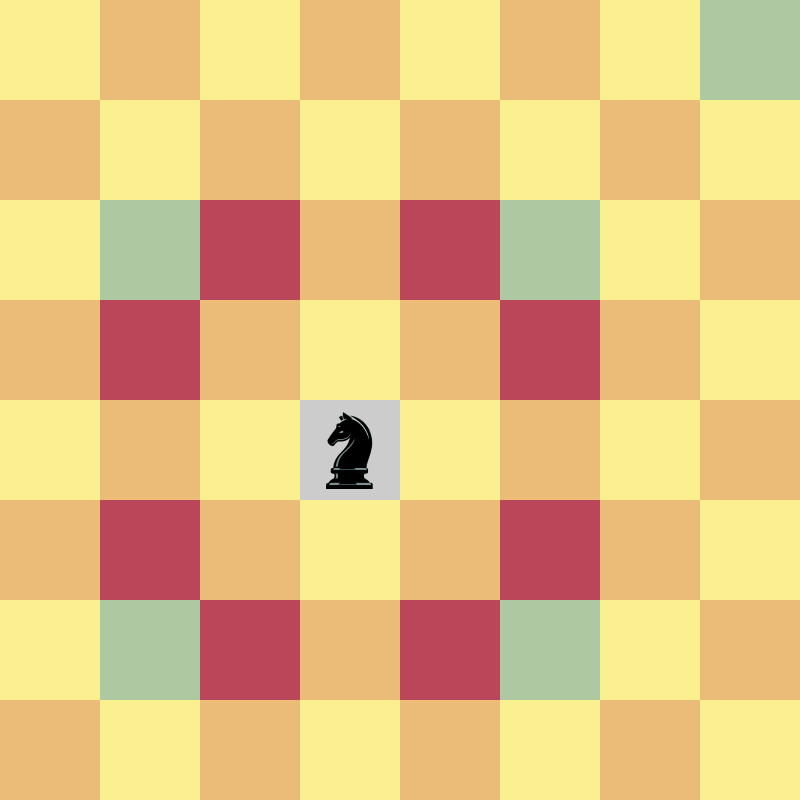 And by four moves, it is able to reach the final untouchable squares: 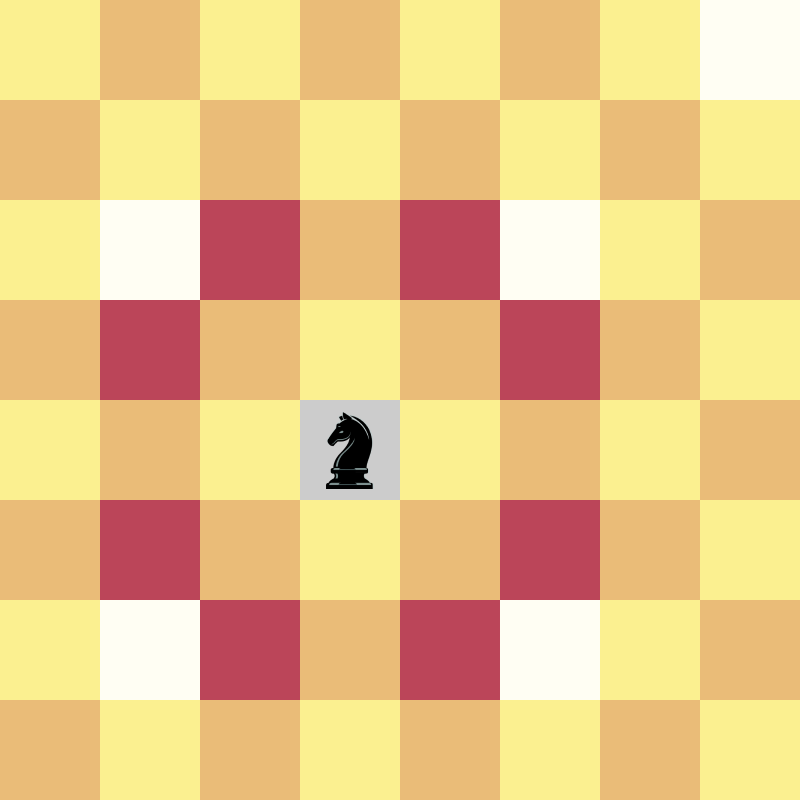 If we add numbers, we can see how many moves it will take for our knight to attack any of these squares: 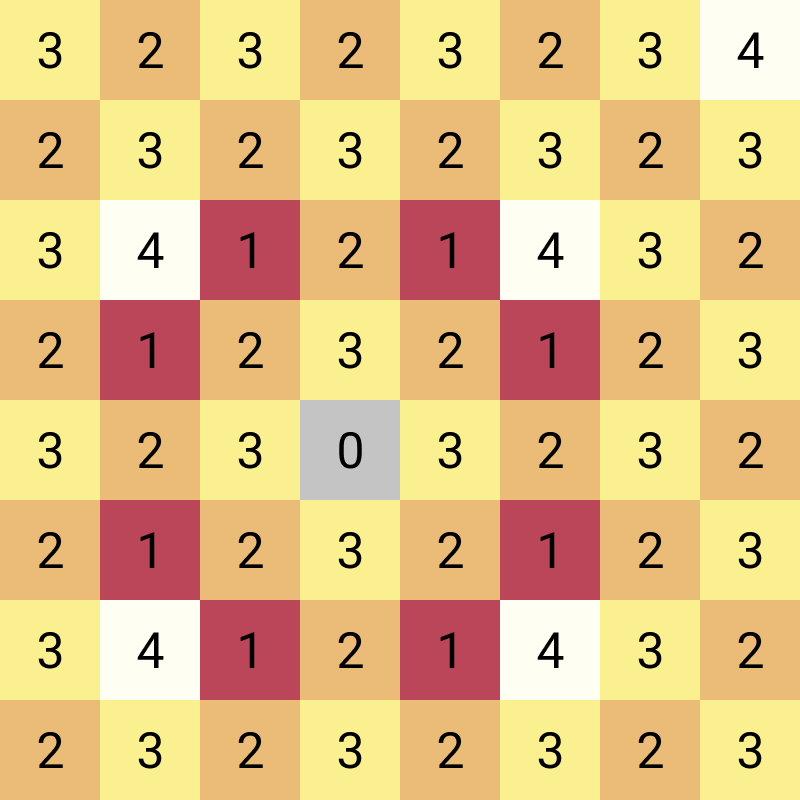 64 squares is tough to visualize, but this 5x5 grid is a lot easier: 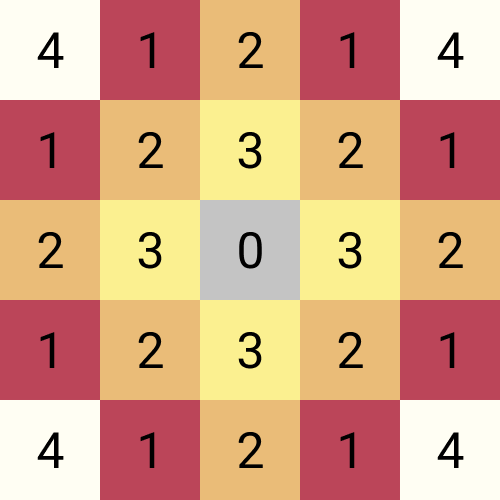 Now when you’re moving a piece on the board and the clock is ticking and your opponent has a knight nearby, instead of visualizing the knight’s moves, you can just apply these numbers to tell in how many moves it’ll be able to attack your pieces.

← How to auto-paginate a DynamoDB Scan using an async generator Are you not entertainer-ed? →