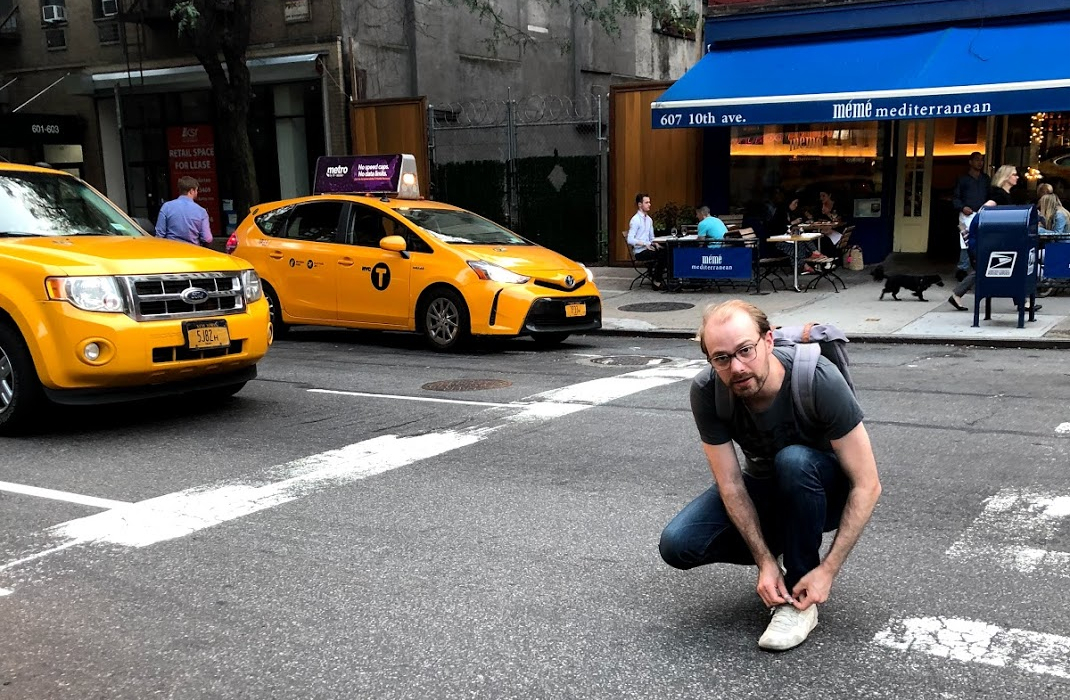 No one was harmed in the taking of this photo and no taxis were delayed.

In a recent New Yorker piece by Hannah Fry titled “What Data Can’t Do”, Fry talks about how data is used in decision-making or drawing conclusions. She shares how data is inherently a flattening of information, and how unintended consequences or disastrous conclusions can come from data, especially since the act of choosing what to count and how it’s counted can have such a big impact on the end result. Her opening example, brings up an incentive that was introduced by Tony Blair to reward doctors for seeing patients in under 48 hours. This ultimately led to worse conditions as reward-seeking doctors would prevent patients from scheduling appointments until they could be seen within two days. As a technologist and a builder, it’s always really important for me to consider where data is illustrative, but more importantly, where it is falling short.

The piece dives deeper into what data is and how “whenever you try to force the real world to do something that can be counted, unintended consequences abound” or how numbers can “fail to capture the unruliness of reality”, but this opening example reminded me of perverse incentives, such as people breeding snakes or rats to earn a bounty for killing them… Which brings me to NYC taxi cabs (and no, not pizza rats)!

I was with some friends some years ago and one brought up a thought she had about why cab drivers sometimes seem to drive as fast as possible toward a red light only to come to a halting stop and wait. She was wondering if there was some kind of incentive. The conversation moved on and we didn’t dive too deep into the question, but I remembered this later on and took a look at how taxi fares are structured. There are a number of fees that can come up, but the ones that matter are:

Plus 50 cents per 1/5 mile when traveling above 12mph or per 60 seconds in slow traffic or when the vehicle is stopped.

With that in mind, hypothetically, if I were driving a cab and I saw a red light 1/5 of a mile ahead of me that was going to be red for 60 seconds and I suddenly drove at the speed of light towards the intersection and then waited for an entire minute, then—beyond defying physics and crushing everyone in the car—I would be able to earn 50 cents for the 1/5 of a mile traveling > 12mph and an additional 50 cents from the minute of waiting for a total of $1. This is double what I’d get if I just drove 12mph towards the light.

This suggests there is a financial incentive to speeding toward a light, but let’s dig deeper. According to StreetEasy, “The average length of a north-south block in Manhattan runs approximately 264 feet, which means there are about 20 blocks per mile.” Lights are sequenced to allow for a steady flow of traffic, so at best, we’ll be passing through an intersection as the light is changing and know we’re approaching another red light at the next. Lights are on 45–120 second cycles remaining green longer on avenues and busy streets (here’s more fun info in this 20+ year old traffic engineer article). Given all that, let’s say the light will be red for 30 seconds and…

In our more realistic example an extra 2 cents are eked out. If we’re able to perform this maneuver once every 2 minutes for an 8 hour shift, then we’re earning an extra $4.80 on an entire day’s work. We could dive deeper and analyze how much extra gas is consumed—$4.80 is approximately 1.7 gallons of gas.

From my hypothetical setup it looks like there’s a huge loophole here, but upon further analysis it’s not such a big opportunity to “exploit”. Maybe drivers just want to get in as many rides in as possible and not have anyone else cut them off when coming to a light? Hey, big whoop, fugget about it, I’m walking here.


Interested in working with me at Superset to help shape the future of virtual fitness and to empower people to launch their own businesses online? We’re hiring a full-stack engineer. 💪🤓💻 Apply online