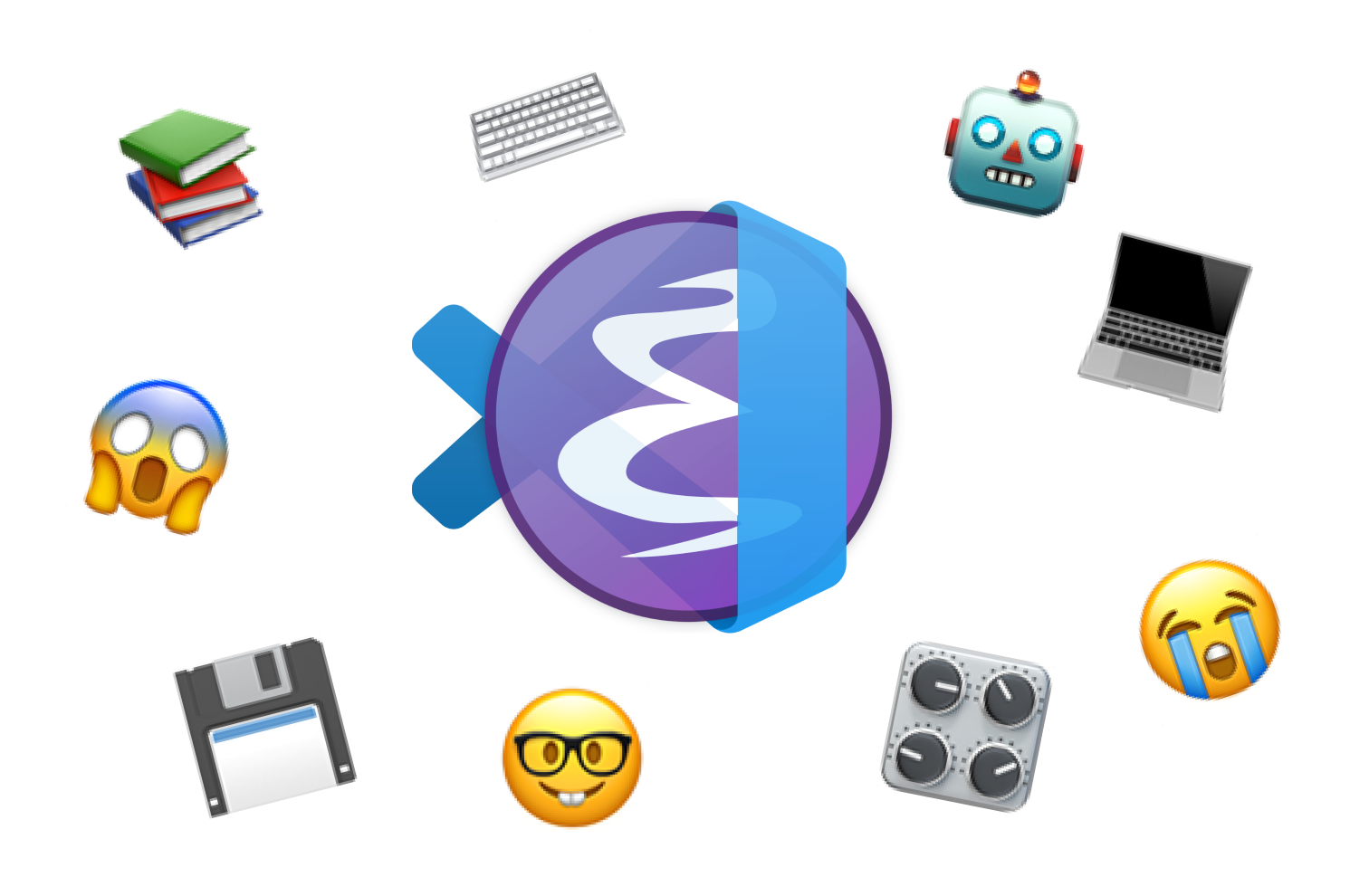 I’ve been working in Visual Studio Code a lot these days. I used to write code entirely in Emacs, except when working with Java and the need for a heavier IDE would present itself. However, once I started writing a lot of TypeScript all the checking, completion, refactoring, etc. were too alluring to ignore.

I really like how a lot of the Emacs key bindings just work on Mac OSX. It makes editing text in any old random text box (such as TextEdit or a web browser) that much quicker, e.g.,

This is a great head start to using those key bindings in another IDE, but it’s not enough. Naturally, there are extensions to solve this problem.

I looked for something that would be simple and would give me all the core commands I wanted while not getting in the way of the other useful things VSCode has to offer. I landed on Awesome Emacs Keymap (emacs-mcx).

After installing it, almost everything seemed right, but—like any Emacs user who is used to customizing things—I was running into a couple design decisions by the extension that I wanted to change. My main issue was with the find widget closing when I didn’t it want to. I achieved these changes with the following steps:

Here are the overrides that I have applied in my environment:

The only snag I’ve encountered is that the extension has updated their commands a couple times since I first set this up, but when that happens I just check back to the keybindings.json file in their repo and updated my command names accordingly (last updated in this post on July 20, 2021).


Interested in working with me at Superset to help shape the future of virtual fitness and to empower people to launch their own businesses online? We’re hiring a mobile engineer. 💪🤓📱 Apply online