…and neither should you!

After the 2016 US presidential election, Donald Trump’s victory was tainted by the discussions of “fake news” that had spread intentionally false stories about Hilary Clinton and questions as to how large of a role it played in getting him elected. Meanwhile he had his own problems with the truth and was regularly at odds with actual news organizations that questioned his actions and statements. He would often rely on Sarah Palin’s favorite portmanteau “lamestream media” to try and discredit them, but that wasn’t packing enough punch. Instead he found a way to seize control of this newer term that would kill two birds with one stone. He started using “fake news” (commonly in tweets and in all caps) to attack stories that reported negatively about him. This stopped the discussion of actual “fake news” almost overnight and it simultaneously became a rallying cry to reject anything and anyone that questioned him.

This term has since been used again and again to delegitimize journalistic integrity and to avoid consequences for abuse of power.

Words have consequences. If you look to the recent January 6th assault on the US Capitol by Trump supporters, in which 5 people—including a police officer—died, it would not have happened if he had conceded the 2020 presidential election. He refused to say he would concede if he lost the 2016 election during the presidential debates and then again in the 2020 debates. When he was trailing in the polls he started claiming there would be massive voter fraud and that the election would be stolen. When he actually lost, he continued to claim the election was stolen. A FoxNews poll from December found that, “sixty-eight percent of Republicans believe the election was stolen from President Trump.” Even after the attack on the US Capitol, he continued to lie and vehemently claim that election was stolen from him and he wanted to blame the attack on ANTIFA. Meanwhile, COVID-19 is having its deadliest days in the US…

So, dear reader, if you haven’t already, the time is now… Twitter and other platforms have banned him for repeatedly and increasingly violating their terms of service in a way that would have gotten any regular person banned years ago. He is stepping off the world stage this Wednesday. The Google Trends for the term are in the long-tail, trending to zero. I’m asking that in the future if you ever feel like jokingly calling something “fake news”… please don’t. Find other words to use, don’t give this worn out, wannabe autocrat utterance any more power than it already has.

I meant to write about this years ago, but had trouble sitting down to put it in words. Fortunately, other people did! I like this perspective piece by Margaret Sullivan in the Washington Post from four years ago:

So, here’s a modest proposal for the truth-based community.

Let’s get out the hook and pull that baby off stage. Yes: Simply stop using it.

Instead, call a lie a lie. Call a hoax a hoax. Call a conspiracy theory by its rightful name. After all, “fake news” is an imprecise expression to begin with. 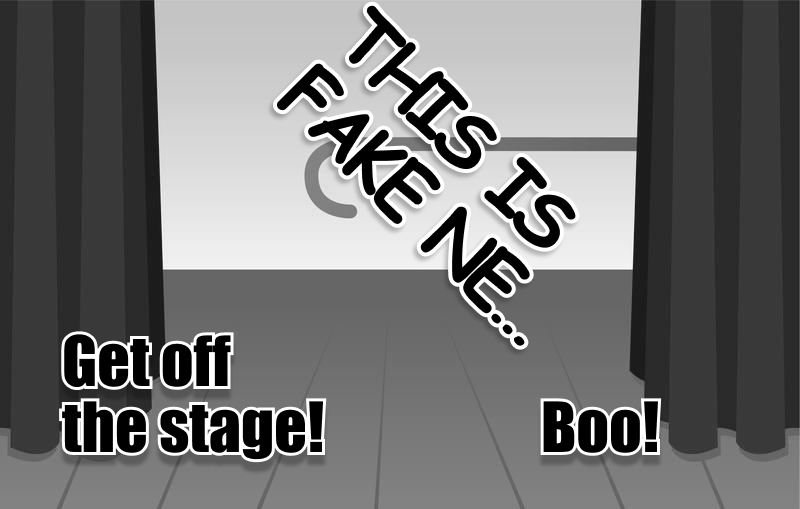