Last week I received my 2nd COVID vaccine shot. Since the mayor had announced that New York City is now allowing any eligible resident to get vaccinated at city-run sites without an appointment, I took a look to see if I could find a place relatively close to me. I found this nyc.gov page and was able to filter down by borough and then match by vaccine type and the time & day each facility is operating.

The American Museum of Natural History was on the list. It was not too far from me and matched the shot I received my first time (Moderna). Furthermore, Claire mentioned seeing breathless excitement on twitter over the idea of getting a shot at AMNH and insisted I go.

Upon arriving, the signs outside directed me down to the subway level entrance where I briefly waited in line then checked in. Following blue tape arrows on the floor down a subterranean corridor, I neared an entrance to a large room. A friendly woman was waiting there to share additional logistical information about the shot and also to let me know that it was in the room with the life-sized blue whale model. 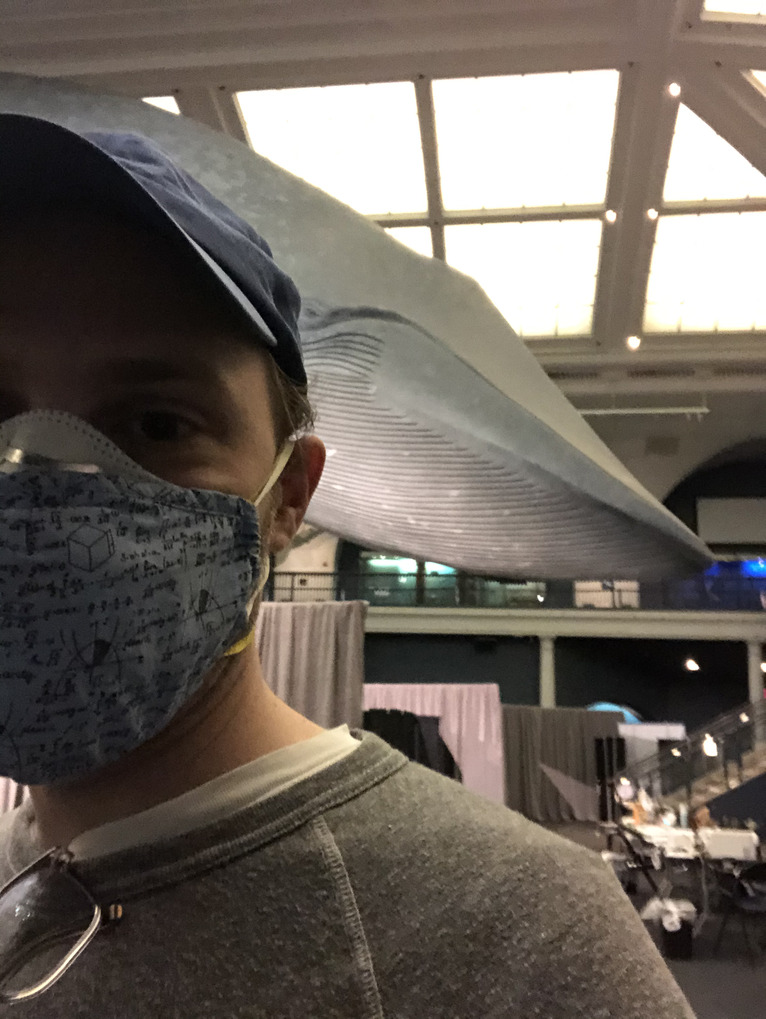 Right before getting my shot, just krilling some time waiting in line. Thanks mom for nerdy mask!

My view looking up as I got the shot. I really don’t like shots and passed out once as a kid after getting one. There’s something where my mind starts racing with irrational thoughts. Nowadays I avoid looking at it and usually pinch myself on the opposite side when it happens. FWIW, it really didn’t hurt and there was a whale of a distraction above me. 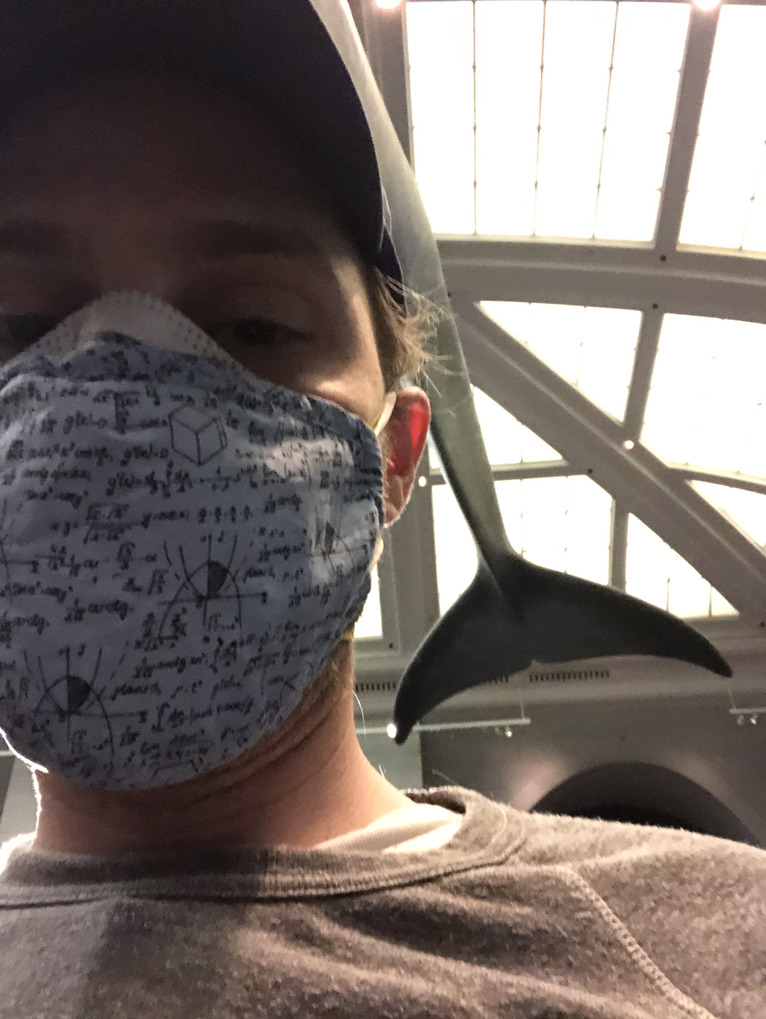 Just after getting it—this was the tail end of my experience.

People’s post-shot experiences vary, I felt sick for a day, but rested and took Tylenol then bounced back fine the following day. It was nothing compared to the time I actually got the flu—but that’s another story about a time I almost fell prey to online misinformation..

I stopped by to see some friends after and learned their eldest daughter used to sing ”some whale over the rainbow” every time she went to the Natural History Museum. Turns out she was only getting started with her playful musings.