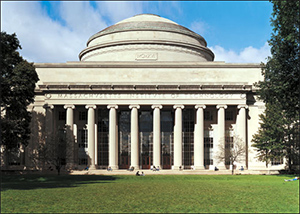 As my 10 year high school reunion has rolled past, along with the 10 year anniversary of Facebook, I realized it has been an entire decade since my freshman year at MIT. Between then and now, I finished a degree in Computer Science (course 6-3) and moved to NYC to join a web startup called Hunch, which was acquired by eBay, where I am now the dev manager of a team that powers the homepage and underlying services. I even got married and have a tiny dog in the city—not quite the wolf-like dog I dreamed of having as a kid, but she’s very lovable.

Moving on to the point, here are some tips for MIT freshmen to get the most out of their undergraduate experience. I assume the ideas can be applied to many other colleges too.

The Gym credit. I originally saw the 4 required gym classes as a burden. It wasn’t until my senior year when I took sailing (twice) and absolutely loved it that I finally realized how much the gym credit has to offer. Not only do you have access to a world-class gym at the school, but—apart from that hefty tuition—never again in your life will you have easy access to such a wide array of “free” activities. Step outside what you already know, take fencing, take ice hockey, play squash, if you wanted to learn how to swing a golf club, do golf, try to get the pirate diploma, or find something else that you think you’ll never do otherwise (I didn’t take any of those gym classes, but wish I had). Furthermore, exercise is great, I highly recommend it. If you were playing a sport and suddenly quit, you’ll notice a short-term dip in your happiness and grades. Final point, there’s no penalty for “failing” out of a gym class for poor attendance…

Taking tests. If you’ve learned all the examples from lecture and recitation in preparation for an upcoming test, but haven’t mastered the core concepts, then you might be in a lot of trouble. In most of my engineering classes the questions on the tests would make a point to be different enough from what was shown in class to catch students who were just pattern matching on prior examples. I remember a circuits test that introduced a completely theoretical transistor with different properties from a MOSFET in order to test underlying principles and not just the features of the most common transistor. Also, don’t ruin yourself trying to get perfect grades, instead try to learn things that you think are interesting or useful—unless you decided to be pre-med, sorry pre-med students.

Classes get harder. Moving beyond first term freshman year, you’ll be taking classes that are less and less familiar as the overlap of what you already learned in high school and what you’re learning in college disappears. This is great, it’s an opportunity to really explore new ground and expand your mind, but it also means you’ll likely have to work harder. So, don’t be too proud of yourself after finishing your first term of pass-fail introductory classes. However, building on concepts from prior classes, you’ll eventually find yourself getting better at picking up new concepts and material.

Look around you. Not the tv series, instead I’m referring to your fellow students. You’ll rarely be surrounded by so many smart and motivated people in other parts of your life. Make friends, work on school projects with others, and build or create things outside school with others. You’ll learn a ton from your classmates, you might make something amazing while still at school, and regardless you’ll have future connections that will be invaluable after school.

Have fun. This one shouldn’t really need mentioning, but I’ll bring it up anyways. You’re at college, take the opportunity to have a ton of fun in both nerdy and non-nerdy ways—both are abundant at school, despite negative perceptions that outsiders might have about student life at a challenging school.

Remember how to communicate with normal people. With an engineering degree, you’ll find that you have honed a skill to discuss very complex problems in easily understandable terms to other engineers. You’ll also find that this can slowly dull your ability to communicate with normal people. The skill won’t disappear, but you just might wonder if your current writing abilities would hold up against your old AP English essays and you might feel self-conscious bringing up the topic while writing a blog post. So take the time to continue reading books, force yourself to write once in a while, and put a lot of effort into very clearly getting your ideas across. Such talents paired up with an engineering degree will take you very far.

That’s a few pointers, let me know if you have anymore. College is a great ride and it’s just the start to much bigger things.