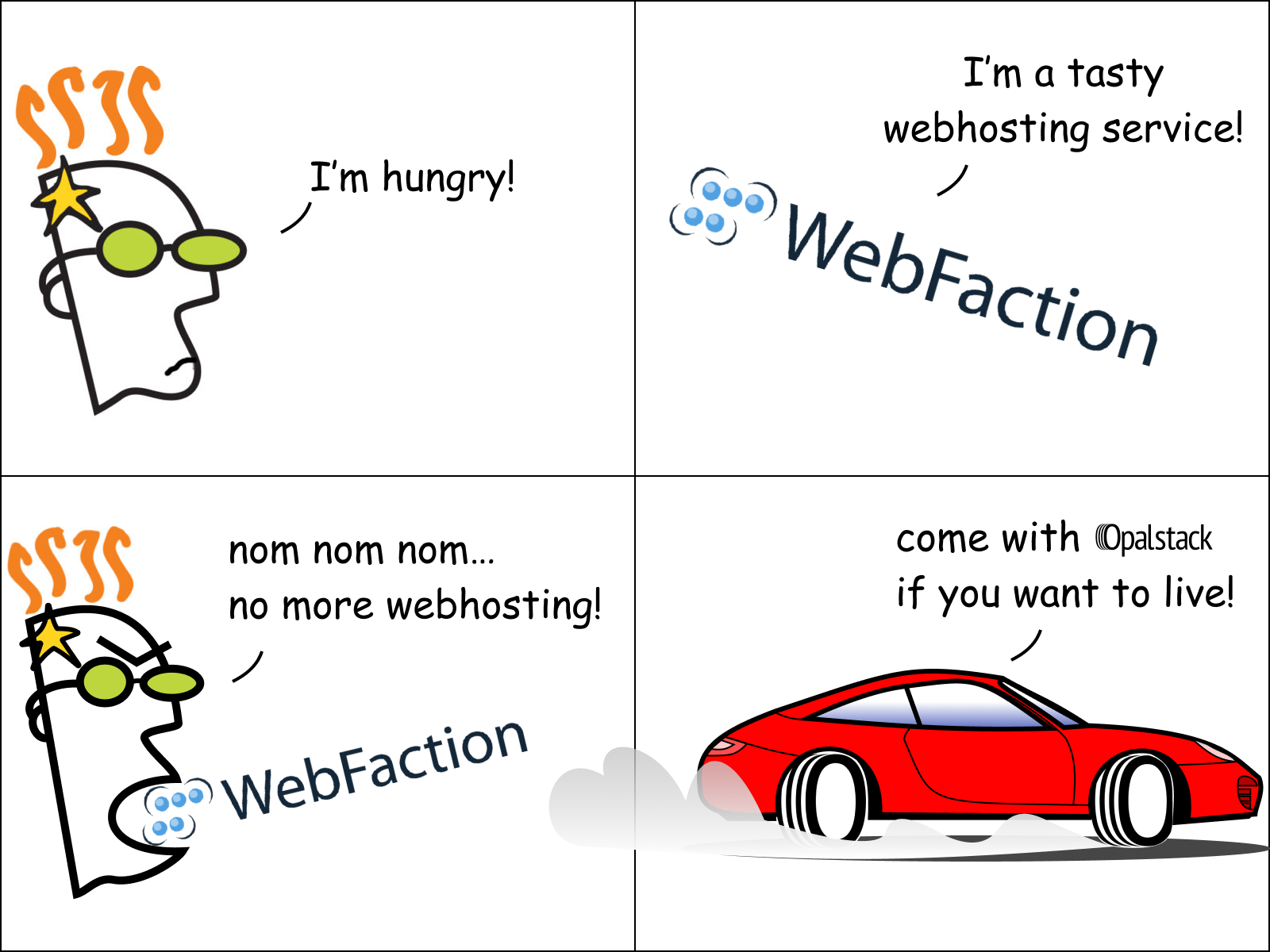 Back in August 2009, I launched this website as a simple Django web app (running Python 2.5 and Django 1.1) with WebFaction as my host.

It was a great run with WebFaction. They weren’t the most high-performance or cost-effective option on the market, but it provided me both with ssh access to manage my website and some helpful tools to administer multiple applications and sites from a web interface as well as URL routing different paths on my sites to different apps. At the end of the day, it was the right balance of convenience and power for my personal website and various side projects. A reliable old friend.

I received an email in January 2019 titled “WebFaction: Moving forwards with GoDaddy”. It started with:

As you know, WebFaction has joined forces with GoDaddy to bring you a hosting company with even more brawn.

To make this change as painless as possible for you, we will be…

This was highly concerning because firstly, no, I did not know, and secondly, it seemed only a matter of time before I would lose my web content delivery comrade. Furthermore, I had purchased mrcoles.com on GoDaddy back in 2007 and got caught in a trap where their whois guard service—“domainsbyproxy”—was happy to take my credit card, but wouldn’t let me login without finding the correct auto-generated, numerical login id (that they claimed to have emailed to me). I was desperately trying to login so I could move to a different registrar and cancel my account. I mailed them a photocopy of my drivers license, but since my address had changed since I got the license, they denied sharing the login id with me. Ultimately, I found a blog post from someone who had discovered—instead of trying to cancel—if you tried to upgrade your account, just before the final confirmation, the page would expose your login id. With that knowledge in hand, I switched registrars to NameCheap in August 2012.

Finally that day came, my website was suddenly offline. I couldn’t login to WebFaction and I found an email saying that my account had been terminated, because all WebFaction accounts were getting migrated to a new host (that was also owned by GoDaddy?) and mine had one app in it that couldn’t be migrated. In this case a Node app that I had created as a test, which wasn’t even running. A frantic email and some hours later and they turned it back on with the warning it was now too late for auto-migration to this other new service and that they could only guarantee it would remain online until December 31, 2020.

I started looking around for something similar to WebFaction and very quickly found OpalStack. They apparently were started by some ex-WebFaction employees and I saw that their offering was quite similar. They also were very active on customer support and had done a lot of work creating migrations scripts from WebFaction to OpalStack. I created an account and started poking around. Ultimately, it wasn’t seamless to migrate, but not too bad. Any rough edges in the product (feels pretty new still) were ironed out by attentive support from their staff.

In the process, I ended up updating the mrcoles.com webapp too. It’s scary what you find looking at old code. It’s now running Python 3.6.8 and updated Django. It’s also using an actual virtual environment for dependencies in production. They also have a nice one-click setup for SSL using Let’s Encrypt. I was previously just relying on Cloudflare to server the site over https, so it’s nice to have it encrypt all the way through now!

Thanks for the previous web hosting, WebFaction, and I hope we do well together, OpalStack! If you’re interested in trying them out, then following that link helps support mrcoles.com.


Interested in working with me at Superset to help shape the future of virtual fitness and to empower people to launch their own businesses online? We’re hiring a mobile engineer. 💪🤓📱 Apply online